Est. in 2014 as a Mobile Business, providing service from Lake Elsinore to Universal Studios and all cities in between. We are specialized in Xpel Coatings as well as Paint Correction. In 2015 we opened our first location in Upland, Ca. and began offering more exclusive services to our community. Due to our expanding clientele we soon outgrew our small studio and relocated into a much larger facility in Newport Beach, Ca. We are very fortunate to have acquired this location because of the perfect temperature, which allows us to deliver the most incredible work thus far. 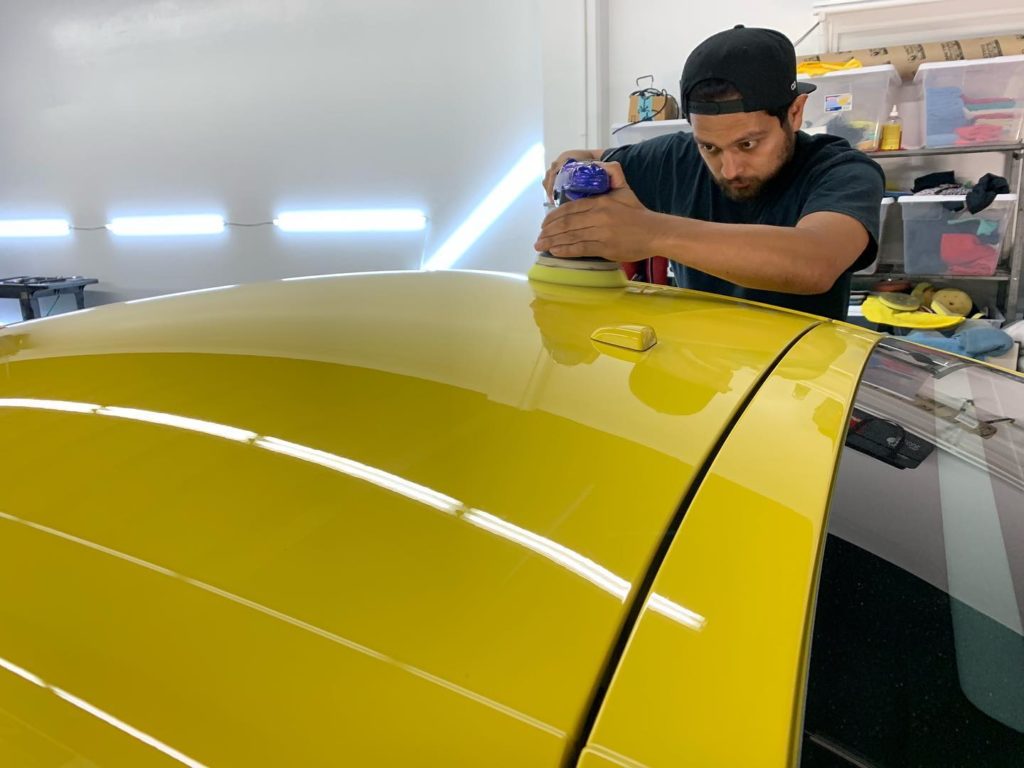 My passion for cars was sparked at the age of 13. At that age I began detailing my neighbor’s cars for lunch money. From that moment on I have had a growing fascination with cars. I graduated college as a Lexus Tech. Unfortunately, with the economic crisis of 2008 I found myself laid off and looking for a new venture to provide for my family.

After 3 years of odd end jobs I discovered I was going to be a father. It was in that moment that I realized and I needed a more stable job. I officially started my first detail business. I went to Meguiars HQ where I became trained and certified and than began to detail clients cars at a professional level. I began to struggle because I had very small amount clients and there was plenty of competition with ridiculously low prices. I struggled to stay afloat. I put my business dreams on hold and began to work for a reputable shop in San Antonio Texas, Concours Auto Salon. The owners Ron and Anthony personally trained me to work at their professional level. It was in that location that by luck I was formally introduced and professionally trained in applying Xpel products, this was because by chance they where  beta testers. Soon after, due to family circumstances I relocated my family back to California. I want to give a million thanks to Ron and Anthony for all of the knowledge and skills they have provided me with.

In 2013, I once again began my own business from the ground up. I started off being a mobile business and became recertified in applying Xpel products under my own name. Slowly I began to get more and more work. This allowed me to become more particular on how I personally wanted to deliver customer vehicles. I realized I needed a facility that I can call home again and put a stop on using customer’s driveways or garages. I got the keys to my first studio style shop. It took only 1 year for us to outgrow it. I began to network and look for a better location where I can maximize my level of delivery once again. This is how in 2016 I came to relocate in Newport Beach. To this day we are still steadily growing and expanding.

KEEP UP WITH COAT MY CAR